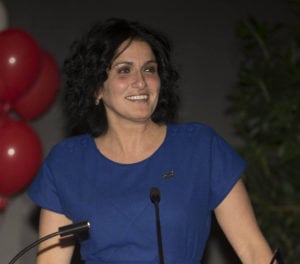 Nicole Khoury began her legal career before she ever entered law school, while temporarily working in the Maumee Municipal Court’s Prosecutor’s Office. Throughout law school, she was employed part time with Criminal Defense attorney Alan Konop performing legal research skills and eventually, sitting co-counsel with him on several high profile cases. She returned to Maumee Municipal Court in a Prosecutor internship her final semester of law school, and then immediately began working for the Lucas County Public Defender’s Office in Maumee, Sylvania, and Oregon courts. Upon her passing the bar exam, she was hired on as a contracted attorney with those courts and began her private practice, both in Ohio and Michigan, primarily focusing on Criminal Defense work.

Since her swearing in ceremony in 2002, Ms. Khoury has been counsel on several high level felony and misdemeanor cases and has been certified to serve as appointed counsel on Death Penalty matters. Her constant dedication to the Lucas County Public Defender’s office, primarily in Maumee and Sylvania, has given her the ability to represent thousands of indigent clients while gaining a vast knowledge and experience in trial work. Appearing in front of all judges in Lucas County, as well as several others in Ohio and Michigan, has given Ms. Khoury the unique ability to gain understanding and appreciation for different techniques and styles of the important matters that come before a judge. She has worked closely with several agencies seeking to aid her clients getting the treatment and chances they deserve to have in order to protect themselves and the community.

Outside of the courtroom, Nicole has gained statewide recognition for her contribution to our community including, and most importantly, being the founder of Project iAm and its annual fundraiser Acoustics for Autism. She developed this 501c3 organization in an effort to help local families in the Northwest Ohio area help pay for their children’s treatment and therapy for Autism Spectrum disorders. Ten years later, this 100% volunteer based organization has given out over $130,000 to families in our area and is known to be one of the most loved charities in our great city. Ms. Khoury has earned the respect and accolades of her legal peers by being voted the Ohio State Bar Foundation District and Statewide award recipient for Community Service (lawyers under the age of 40) in 2012 and 2013. She has also been nominated for a Jefferson award in both 2015 and 2016 and received the “Top 20 under 40” award in 2016. in March of 2017, Nicole received the great honor of being voted the “Best Female Attorney” for 2016 by the readers of the Toledo City Paper as well as the Maumee Chamber of Commerce “Hometown Hero” (Maumee River) Award.

Nicole’s dedication to her community not only includes her own foundation, but she can also be seen working as a Mentor with Mom’s House (the Sister’s in law Program), a board member of the Pride of Toledo Foundation, a fundraiser/promoter for Lucas County D.A.R.T. Program, a supporter and organizer for the Caly Cares Foundation, and is always the first to volunteer her time and knowledge on helping raise funding for programs and charitable causes. She has also been fortunate enough to take her love and talent for music to perform publicly in our area for almost 20 years.

On Tuesday, November 7, 2017 vote Nicole Khoury for Judge of the Toledo Municipal Court, a experienced and committed community member of our Great City of Toledo.